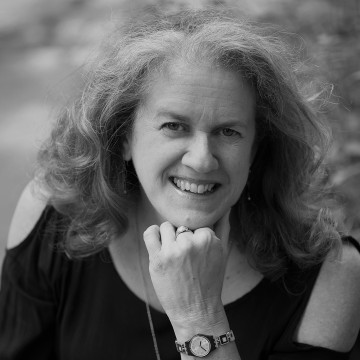 Pianist with classical and jazz training, Lucie Cauchon was part of the Cirque du Soleil's first tours in the United States, Europe and Japan. Later, she participated in the creation of the trilogy Nomade, Rain and Nebbia by Cirque Éloize as a composer. Among her other accomplishments, she has composed music for two circus shows in Chile.

Lucie has also worked on television as a pianist and keyboardist on several shows and as music director for La vie est un cirque, broadcasted all over the world on TV5. She is very active on the Quebec stage and has played in the musicals The Sound of Music, Song in the Rain, Hairspray, Footloose, Mary Poppins and Mamma Mia.

In recent years, she has produced several albums including her own, an instrumental CD entitled Enfinfin septembre, inspired by her encounter with the world of circus and dance.

Since 2015, she has lent her varied musical style to the accompaniment of ballet classes at L'École Supérieure de Ballet du Québec,Les Grands Ballets Canadiens,Les Ballets-Jazz de Montréal and Collège Jean-Eudes. Finally, as an artist, she also has training in singing, dancing and accordion.