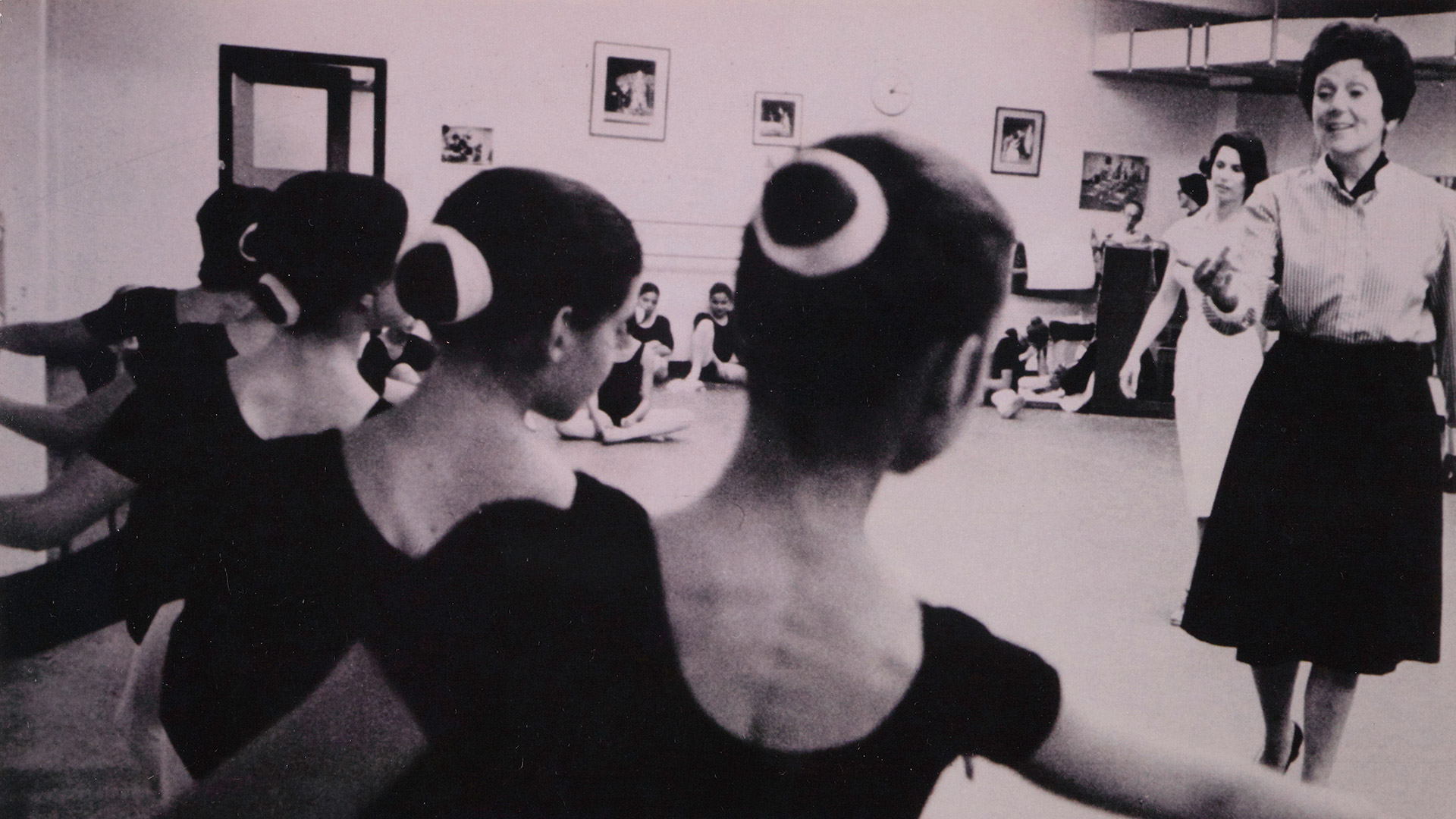 A class of Madame Chiriaeff

1924-1996 Native from Riga, Latvia, Ludmilla Chiriaeff (born Otzup) became a soloist at the Berlin Opera House at the beginning of the Second World War. She moved to Switzerland where she opened her first dance school. In 1952, she immigrated to Canada where she taught and choreographed for CBC French television. She founded the Ballets Chiriaeff, which became the Grands Ballets Canadiens. In 1966, she founded L’École supérieure. During her career, Ludmilla Chiriaeff received several honours, including the title of Companion of the Order of Canada, Grand Officer of the National Order of Quebec, the Nijinsky International Prize, the Governor General’s Performing Arts Award and the Prix Denise-Pelletier, awarded by the Quebec government. She was named a historical figure by the Quebec government in 2022.

The origins of L’École supérieure de ballet du Québec date back to the early 1950s. Ludmilla Chiriaeff, dancer, choreographer and dance teacher arrived in Montréal just as the very first French-language television network was launched. While Madame Chiriaeff lost no time in applying her talent and energy to Radio-Canada’s variety programs, she did not limit herself to the small screen. True to her pioneering spirit, she gave Québec society its first major classical dance company, establishing the Grands Ballets Canadiens, and L’École supérieure, its first national establishment dedicated to professional dance training. In 1966, at the request of the Québec Ministry of Cultural Affairs, Madame Chiriaeff incorporated L’École supérieure, which a few years later secured an independent charter.

When the Grands Ballets Canadiens moved to the Quartier des spectacles in 2017, L’École supérieure gets more space to develop its programs, which included the training of masters and piano accompanists, as well as recreational classes for children and adults.

Today, L’École supérieure’s primary mission remains the professional training of classical dancers for the Grands Ballets Canadiens and other major dance companies around the world. 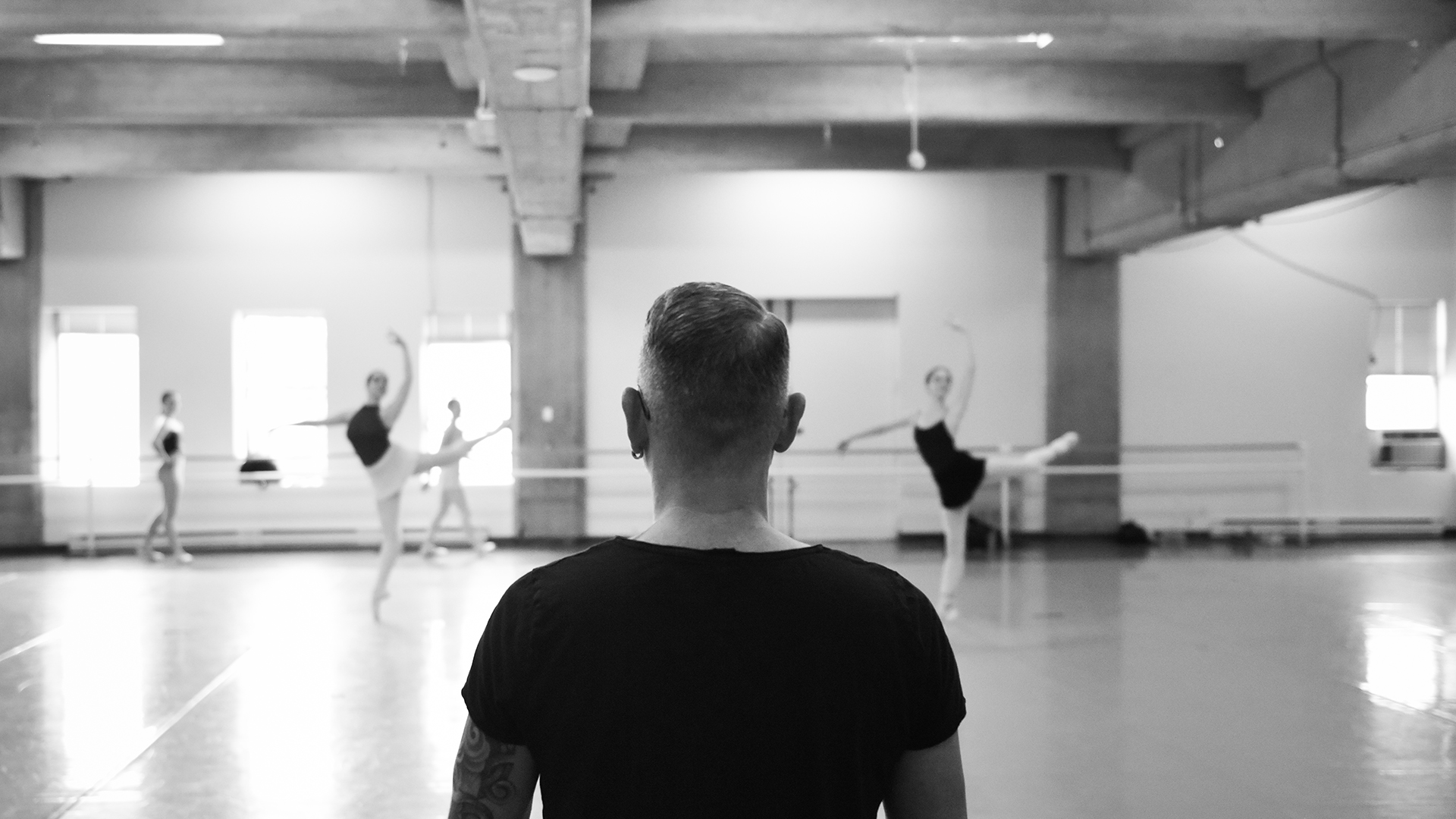 The personal evolution of our students is at the heart of our mission.

We value ballet as an ever-evolving tradition.

We believe it is important to nurture our students to develop their mind, spirit, and body in movement in order to respond to the demands of today’s dynamic and expressive dance creations.

As choreography becomes borderless, we also believe that dance artists must be trained to be versatile, creative, and motivated to push the boundaries of the past. Just as choreographers today draw on multiple disciplines to create dance, at L’École supérieure we optimize learning so that each student will be able to embark on a journey where their talent will best be served.

We strive to foster our students to emerge as complete artists who are engaged, invested, passionate, and stimulated. As they develop autonomy with a professional focus, our students become independent learners and the architects of their own bodies and their continuing evolution.

Want to know more about our teachers?