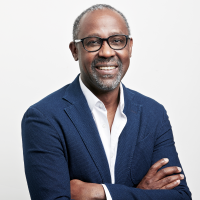 An experienced manager, Alix Laurent has worked in the cultural field for the past 25 years. Recognized for his unifying leadership, dedication and transparency, from his appointment as CEO in 2006, he has introduced a series of organizational changes that reposition the importance of the institution's role in the field of professional dance. He has also opened all the studios to the general public and thus ensures a better notoriety and especially new sources of income necessary for the school’s mission. In 2010, he actively contributed to the recruitment of a new artistic director to ensure the presence of a major artist who lived up to the school's quality and the artistic vision of its founder, Ludmilla Chiriaeff.

Through his entrepreneurship, he has dedicated his career to building stronger, more vibrant communities. In the early 1990s in Montréal, he founded several publications including Magazine Images and Voice Magazine. Since the fall of 1996, this latest cultural publication has been renamed Vice, a prominent media company in the United States and around the world.

A great advocate of diversity and intercultural relations, Alix Laurent was one of the main instigators of the Black History Month celebrations in Quebec. He also founded Action Week Against Racism and the Montreal Human Rights Film Festival.

Greatly involved in the cultural milieu, he has been a member of numerous Boards of Directors, including Télé-Québec, Culture Montréal and the Prix de la danse de Montréal. He currently sits on the Boards of the Conseil des arts et des lettres du Québec (CALQ), the company Skeels Danse and also chairs the Board of the Association des écoles supérieures d'art du Québec (ADÉSAQ).