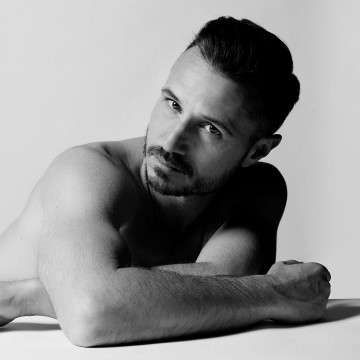 Jeremy Raia began his training in Queens, NY. He graduated from The Juilliard School with a BFA in 1996. Mr. Raia also studied at Boston Ballet School and the Koniklijk Conservatory in the Netherlands.

In 1996, he began his professional career with Ballet Arizona dancing works by George Balanchine, Michael Uthoff and Daniel Ezralow. After 2 seasons, he was invited to join Les Grands Ballets Canadiens in Montreal where he was a Premiere Dancer until retiring in 2018.

In 2017, Jeremy danced as a Guest Artist with Aszure Barton and Artists. Jeremy taught Company class and was an assistant to Ballet Masters at Les Grands Ballets. As a guest teacher, Jeremy has been invited to 4 continents in such places as Centre National de la Danse (France), Arts Umbrella and BalletBC (Canada), Saarländisches Staatstheater (Germany), Charlotte Ballet (USA) amongst other Companies and schools. He has been Artist in Residence at Hamilton College (NY) and Ballet Metropolitano (Colombia) and restaged choreography of Didy Veldman and Christian Spuck on Companies in Europe and USA.

From 2018 until2020, Jeremy was the Ballet Master at Ballet Jazz Montreal and servedas Interim Artistic Director for the 2020/21 season.