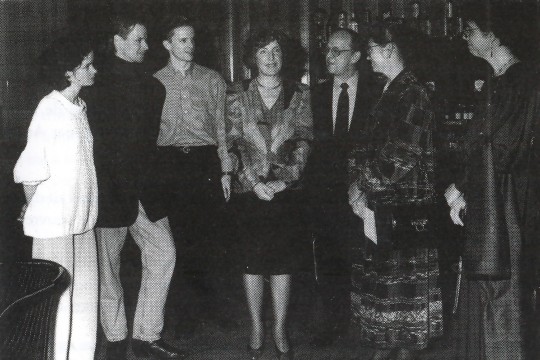 L’École supérieure mourns the loss of a great master

L’École supérieure de ballet du Québec is deeply saddened by the sudden passing of Lawrence Rhodes, artistic director of the Grands Ballets Canadiens from 1989 to 1999.

“Larry was a great master,” said Anik Bissonnette, artistic director of L’École supérieure de ballet du Québec and former principal dancer with Les Grands Ballets Canadiens. “I loved taking his ballet class and receiving his richly detailed instruction. He put Les Grands Ballets on the map internationally, and under his leadership it became the first North American company to attract the most iconic choreographers of our time: Mats Eks, Nacho Duato, Jiří Kylián and Ohad Naharin. Larry was an extremely generous man. His door was always open to the artists who worked with him. We are fortunate that he left his mark on Quebec.”

In addition to Ms. Bissonnette, several members of L’École supérieure’s team had the privilege of working with Mr. Rhodes at Les Grands Ballets Canadiens. Andrea Boardman, now associate director of the senior program in the professional division, was prima ballerina at the time. Professors Benjamin Hatcher, Sarah Gibson and Catherine Lafortune were members of the corps de ballet. Michelle Proulx, a member of the board of directors, was Mr. Rhodes’ artistic assistant. Gioconda Barbuto and Andrew Skeels, who frequently choreograph pieces for students at L’École supérieure, also worked with him for many years.